Grass Valley Police spotted a man sleeping in a vehicle on Plaza Drive in the Brunswick Basin just after midnight Friday. When the officer approached the car he noticed that the two Washington state license plates did not match. Sgt Alex Gammelgard says at that point, the officer ran the Vehicle Identification Number.
Click here Sgt Alex Gammelgard 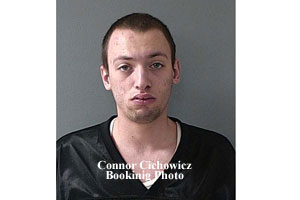 The occupant was identified as Connor Cichowicz who had ties in both Grass Valley and the state of Washington. Cichowicz had an interesting explanation for  the mismatched plates and VIN number.
Click here Sgt Alex Gammelgard

No explanation was given about how he retrieved the alleged stolen vehicle.
Since the plates, VIN number, and explanation did not seem to match, Connor Cichowicz was arrested for vehicle theft and being in possession of stolen property. The incident remains under investigation. 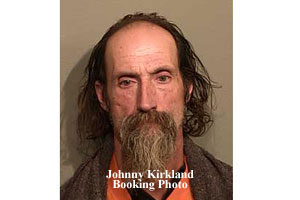 In a second incident involving sleeping subjects, a Truckee CHP officer on patrol spotted a car off of the right hand side of Highway 80 just west of the Donner Lake Interchange and pulled over to see if there was a problem. Officer Michael McDonnell said he approached the vehicle and noticed two male subjects stretched out on the front and back seats. McDonnell called for back-up before awakening the subjects. At that time the officers realized there were also two women in the vehicle who had been sleeping under blankets on the floor. The driver was identified as Johnny Kirkland, 48, from Modesto.
Click here to listen to Officer John McDonnell 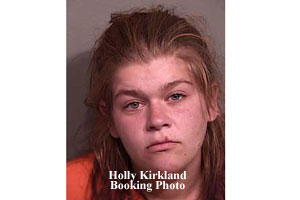 All four subjects were removed from the vehicle, and one of the women identified as Holly Kirkland, 24, of Modesto, admitted she was methamphetamine user.
Click here to listen to Officer John McDonnell

Johnny Kirkland was taken into custody for his warrants and possession of dangerous weapons. Holly Kirkland was arrested for possession of methamphetamine and a methamphetamine pipe. A third passenger Richard Haselip 26 of Sun Valley Nevada was also arrested by Truckee Police on outstanding warrants. The fourth passenger a woman, was transported to the Reno Woman’s shelter at her request.