Smoke signals may have given up two suspects, one a juvenile, that were arrested at Gateway Park in Penn Valley for a number of marijuana related offenses Thursday afternoon. Nevada County Sheriff Lt. Steve Tripp said the reporting party indicated that two people were smoking marijuana in a van at the park. The responding deputy located two males in the van.
Click here to listen to Lt Steve Tripp 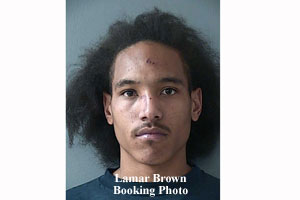 A search of the suspects and vehicle revealed over 500 dollars in cash, a digital scale, and prepackaged marijuana for sale. There were also text messages on a phone indicating recent drug sales activity. The amount of marijuana was in excess of 5 ounces. The adult suspect, Lamar Brown, 19, was arrested for several drug related charges.
Click here to listen to Lt Steve Tripp

Speeding lead to an arrest for speed early Friday morning.
Around 1:00 AM a sheriff deputy initiated a traffic stop on a speeding vehicle in the area of Squirrel Creek road and Dixon west of Grass Valley. Lt Steve Tripp says a 35 year old female, Jennifer Skrocki, was the driver and while the deputy was speaking with her she consented to a search of her vehicle.
Click here to listen to Lt Steve Tripp 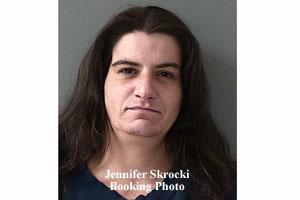 Skrocki was arrested for possession of methamphetamine, possession of paraphernalia, and transportation of a controlled substance and booked into the Wayne Brown Correctional Facility.