Son Arrested for Attacks on Mother

It’s another case of alcohol abuse leading to a domestic dispute,  this time between a son and his elderly mother. Nevada County Sheriff’s deputies were called to the 10 thousand block of Merryhill Way in Nevada City around 10 o’clock Sunday night.

Sheriff Keith Royal says they had reports of screaming and confrontation taking place in the residence prior to their arrival.
So Deputies called out to Earwood who was hiding in a bedroom.

click to listen to Sheriff Royal
As the story unfolded,  Earwood said he had become angry at his mother and started throwing items at her and hitting her.

Both charges are Felonies. Bail for Earwood was set at $10,000 dollars. 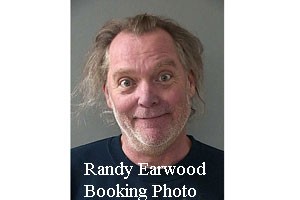 But remember alcohol is not to blame for domestic violence. Maybe it's a factor but the perpetrator must be held accountable for his actions.