Son Arrested for Terrorizing his Mother

As the victims were trapped in their trailer they told deputies that Hillmann attempted to jab them with a knife.

Fortunately neither of the victims received any injury.  Another local resident came to help and had escorted Hillmann away from the trailer and deputies were able to take him into custody without incident. .

Hillmann was booked into the Wayne Brown Correctional Facility on charges of threatening a crime with intent to terrorize, false imprisonment , burglary. and forceable assault with a deadly weapon. His bail was set at $25-thousand dollars.
—– 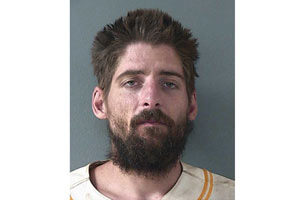