Nevada County Sheriff deputies took three suspects into custody following a tip that suspected drug activity was taking place at a Bush Road residence Thursday. Sheriff Keith Royal says that deputies had obtained a search warrant for suspect 28 year old Michael Young and the residence. While staging to serve the warrant a short distance from the residence, a vehicle approached with three individuals inside and Young as the driver. Deputies initiated a vehicle stop at Highway 49 and Coyote Street and identified the other two passengers as Landon Kehn 26 of Grass Valley and a female Jessie Mulligan 25 also of Grass Valley.
Click here to listen to Sheriff Keith Royal 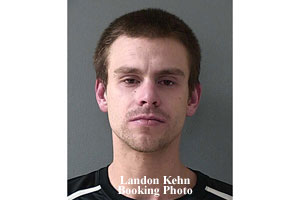 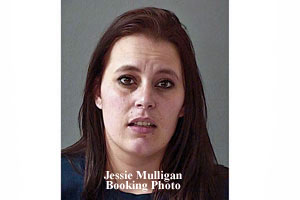 Jessie Mulligan also had an outstanding warrant and was taken into custody. While being warned of the potential additional crime of taking drugs into the jail, Mulligan admitted to holding an illegal substance.
Click here to listen to Sheriff Keith Royal

At that point Michael Young (not pictured) was transported back to  the Bush Road residence to be served the original warrant.
Click here to listen to Sheriff Keith Royal

All three suspects were booked into the Wayne Brown Correctional Facility.