In a brief flurry of activity…
Members of the Nevada County Sherrif’s Department and The Grass Valley Police Department swarmed a local motel as a dangerous suspect was taken into custody Wednesday evening. Earlier in the day, Nevada County Sheriff Lt  Alicia Milhous says the sheriff’s office received an anonymous tip that a suspect wanted for a series of crimes reported June 3 may have been staying at the Holiday Lodge on East Main Street in Grass Valley. 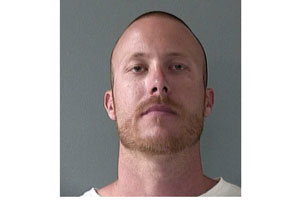 The Sheriff’s department had the motel under observation and when the opportunity presented itself suspect John William Grimes, 30 , of Grass Valley was taken in to custody after leaving a motel room. The room was then searched and paraphernalia was located. 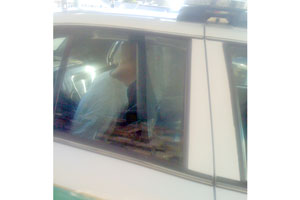 Grimes was eventually charged and booked into the Wayne Brown Correctional Facility for allegedly committing robbery, assault with a deadly weapon, residential burglary, false imprisonment, and kidnap to commit robbery, as well as violation of post release supervision. He is being held on 250,000 dollar bail. Grimes female companion,  Erinlee Thacker, was also taken into custody for a parole violation and possession of narcotics paraphernalia.
The investigation is ongoing.