UPDATE- According to the Nevada County Superior Court web site, charges against Zachary Lewis were dropped on October 2, 2014 for lack of evidence.

Ow says the original complaint came through the Sheriff’s Office.

Court documents show the unlawful act was committed June 14.
Ow reviewed the report from the sheriff’s office and filed charges believing sufficient information to proceed with a trial. 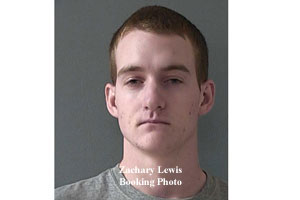 Lewis is listed as an aircraft mechanic with an address as Beale AFB. Yuba County authorities took Lewis into custody and transferred him to Nevada County.