Progress is being made and a suspect identified in a case involving an Auburn business that was burglarized three times earlier this year.
On January 8, 2013, March 18, 2013, and April 4, 2013 unknown suspects forced entry into Sirius Stamps and Treasures located at 816 Lincoln Way. Owner Sid Raich says the suspects took several collectible items during each burglary.
Click here to listen to Sid Raich

Raich estimates that 80,000 dollars worth of collectibles has been stolen from the business over the three burglaries. Several years ago thieves got away with gold and silver bullion worth 150,000 dollars in today’s market.

Rylan Barber’s last known address of residence is in the Stockton-Modesto-Manteca Area. Barber does have ties to associates in the Auburn area.

Anyone with the knowledge of Rylan Barber’s whereabouts is encouraged to contact the Auburn Police Department. 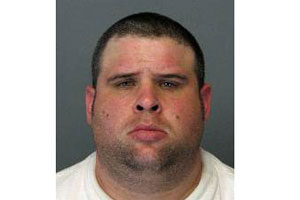