An Arson suspect has been arrested in Pioneer Park in Nevada City after setting a fire that was a danger of spreading into the wildland. 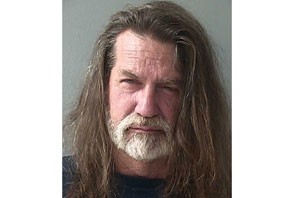 Someone who would know about fire activity actually responded to the call. Cal Fire Captain John Hotchkiss is also a volunteer officer with the Nevada City Police Department.

The Nevada City Fire Department was called and put out the fire, and 62 year old Bryce Bankert was taken into custody and charged with Felony Arson, Vandalism, and Violation of City municipal codes involving fire. He was booked into the Wayne Brown Correctional Facility.