A suspicious truck parked behind the Raley’s on Freeman Lane drew he attention of a citizen that called Grass Valley Police. When officers arrived they contacted the two occupants in the truck. Upon running the license plate the truck turned up as reported stolen out of the South County area several days ago. Sgt Clint Bates says the female driver, Erin Furlow 28, was taken into custody for vehicle theft. At that time the vehicle was searched and a number of forged checks were located.
Click here to listen to Sgt. Clint Bates 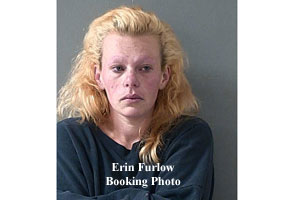 The incident remains under investigation as the identity and mail theft victims are contacted.  The suspects may also be linked to the burglary of a church located in the south county. 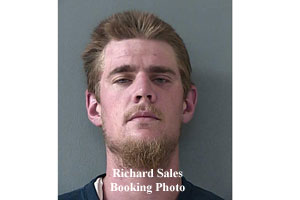 Erin Furlow and 28 year old Richard Sales were booked for possession of stolen property, forgery, and conspiracy. Furlow had an additional charge of vehicle theft.