The Placer County Sheriff’s Office arrested a Merced man believed to be responsible for numerous burglaries in the North Lake Tahoe area.

Placer County Sheriff Sgt Dave Hunt says that there had been a rash of burglaries since the end of October 2013.
Click here to listen to Sgt Dave Hunt

The subject fled but was caught in a residential area of Kings Beach. He was arrested with the assistance of Placer County Probation officers, who were on the lookout for him.
Click here to listen to Sgt Dave Hunt 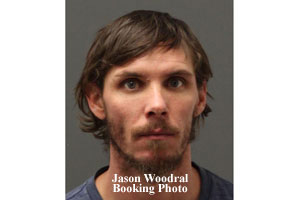 Jason Woodral, 35, was booked at the Placer County Jail Wednesday on eight counts of burglary.
Woodral also had an outstanding arrest warrant stemming from a burglary committed in Merced in 2009. He is currently being held on $200,000 bail.