Anyone that knows me knows, as a young man my goal was to be an astronaut.  My heart was in space, my head was filled with it.  So, Earthbound i remain.

But I continue to follow all things related to the exploration of what ever is out there.  The Hubble Space Telescope has captured so many amazing images.  Inspiring images really.  The newest seems to me, a demonstration that there is a greater power at work.  And that power has a sense of humor: 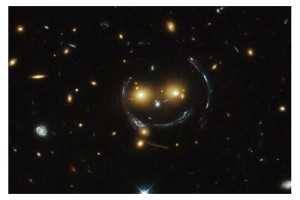 Either than or the Jack In The Box Corp. has a sponsorship that no one knew about!