The Most Awesome Idea EVER!!!!!

I can not tell a lie, this is not my idea.  I would however, like to invest!  Take a look: 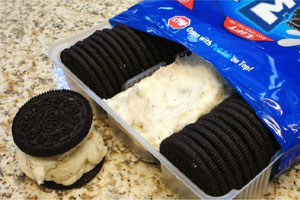 The idea is simple.  Take a standard pack of Oreo cookies.  Three trays normally filled with everyones favorite way to drink milk, by dunking.  Now comes the twist of genius.  The outside two trays are filled with just the chocolate cookie outsides.  The center tray is filled with the tasty cream filling.  Anyone else with me here?