Thief Arrested Stealing His Own Car

A Grass Valley man is back in custody after stealing his own car. Grass Valley Police Sgt Steve Johnson says following an incident on February 25th, 33 year old Michael Gordon was arrested after fleeing the scene after he was pulled over on Dorris Drive.  Gordon was  booked into the Nevada County Jail and the vehicle he was driving, a 1999 Lincoln Navigator, was impounded by a private tow company. Gordon was eventually released from custody. Coincidentally on Monday morning employees arrived at Kilroy’s Towing to find that someone had used bolt cutters to cut into the impound yard and the Lincoln Navigator was gone.
Click here to listen to Sgt. Steve Johnson 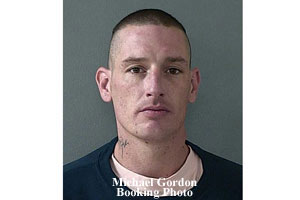 During a search of her residence Mr. Gordon was located.
Click here to listen to Sgt. Steve Johnson 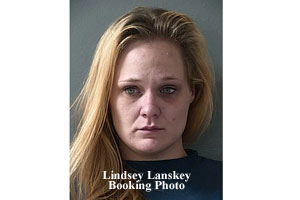 A further search turned up methamphetamine and drug paraphernalia so Lindsey Lanskey was also arrested. Furthermore another vehicle was also located.
Click here to listen to Sgt. Steve Johnson

Both the Lincoln and the motorcycle were impounded and additional measures were taken to secure them in a facility. Michael Gordon and Lindsey Lanskey were booked into the Wayne Brown Correctional Facility.