Thieves Get Caught Out Of Gas 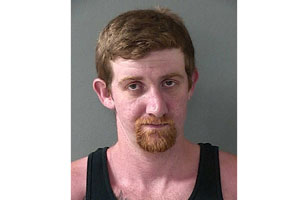 Some not so smart criminals made a critical planning mistake before committing their crime…
Would-be thieves forgot to put gas in their get away vehicle. Sergeant Johnson says the incident started when a witness saw two men take several expensive mountain bikes from a residence on Sutton Way, Tuesday afternoon. Johnson says the witness gave a description of a white pickup and of the two men involved. A very short time later Nevada County Sheriff deputies and a Grass Valley Police officer responded to a suspicious white pickup on Highway 49 at La Barr Meadows Road. Sergeant Johnson says the two stolen bikes were found in the bed of the pickup.
Click here to listen to Sgt. Steve Johnson

30 year old Dale Oakes of Grass Valley and 22 year old Kalen Turner of Nevada City were both taken into custody for suspicion of receiving stolen property and possession of dangerous drugs. Sergeant Johnson says it was determined the two woman were not involved in the criminal activity and released.