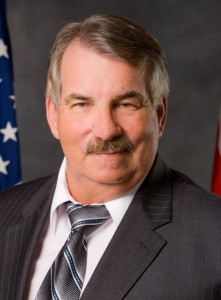 A packed town hall meeting would have been even more crowded but some employers are reluctant to testify about their experience with state agencies, Assemblyman Dan Logue says.

He helped put on the event Wednesday in Chico where some business people spoke about interaction with state Division of Labor officials.

Julie Su is the California Labor Commissioner referred to by Logue. He praised Su for attending the event. Logue adds that business shouldn’t be a target for state agencies.

The labor commissioner referred to a policy in place when she became commissioner that the state was told to go out and get as many fines as they could get.