Another routine traffic stop by Truckee CHP ends up with multiple felony arrests including a suspect wanted for two homicides. Sgt Robert Womack of the Truckee PD says the CHP called for assistance with a stop on westbound I80 near the Coldstream exit. 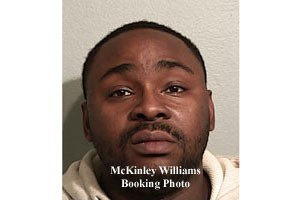 Most of the items were associated with the female in the car, Karion Bickham of Kennesaw, Georgia. However the male in the car, later identified as McKinley Williams, 22 of Elk Grove CA, first lied to the officers about his identity. During booking his true identity was discovered and he was wanted for far more serious crimes.