Two suspects have been arrested in relation to a homicide that occurred on Banner Mountain last month. Nevada County Sheriff Keith Royal says the suspects, 20 year old Christopher Nix and his brother Scott Hollingshead age 24, were arrested this morning. The arrests stem from an investigation into the murder of Brian Spaulding.
Click here to listen to Sheriff Keith Royal 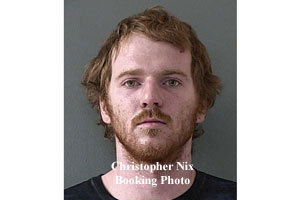 Nix was arrested at his residence on Keenan Way a just after 6:30 this morning. Hollingshead was arrested at his place of employment on Parker Drive in the City of Folsom just after 8:20 AM. Royal says evidence at the scene was analyzed by the Department of Justice that connected both suspects to the crime.
Click here to listen to Sheriff Keith Royal 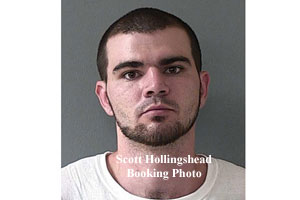 A ballistics check matched the gun to the crime. Sheriff Royal gives credit to his detectives, the District Attorney’s Detectives, Nevada County Search and Rescue, and the Department of Justice for identification and and arrest of the Nix and Hollingshead. Both suspects are being processed at the Wayne Brown Correctional Facility with no bail currently set.