A suspect arrested by Grass Valley Police early this morning is lucky that he wasn’t shot. Around 1:15am, 23 year-old Patrick Webb of Grass Valley was reportedly trying to enter his ex-girlfriend’s apartment on Sutton Way. Police Sergeant Steve Johnson says the woman called police, and when the officer arrived, he ordered Webb to put his hands up, and walk away from the front door.
Click here to listen to Sgt Steve Johnson 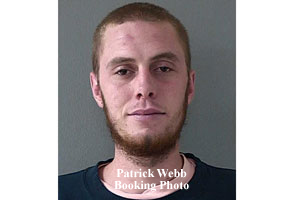 Despite the taser, Webb continued to resist, but eventually was wrestled to the ground. No weapon was found.
Click here to listen to Sgt Steve Johnson

Webb, who had apparently been drinking, went to the hospital first, was medically cleared, and then booked into the Wayne Brown Correctional Facility on charges of forcefully obstructing and resisting an officer, and a probation violation.

An Auburn Man who had a warrant for his arrest has been taken into custody in Grass Valley. Police Sergeant Steve Johnson saws one of the officers recognized a vehicle yesterday afternoon on Sierra College Drive, but after making the traffic stop, 30 year-old David Santos wouldn’t get out of the car.
Click here to listen to Sgt Steve Johnson 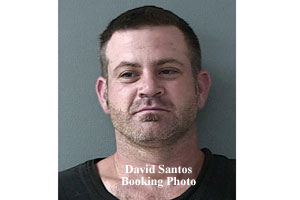 Officers founded a wrapper on the driver’s seat which contained a substance that tested positive for methamphetamine. Santos was booked into the Wayne Brown Correctional Facility for the warrant, and possession of a controlled substance.