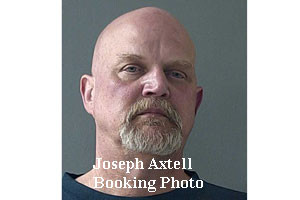 the distribution of methamphetamine has resulted in two arrests in Nevada County near the Yuba County town of Smartsville. According to a news release, the Nevada County Sheriff’s Office Narcotics Task Force executed a search warrant Wednesday in the ten-thousand block of Peardon Road, and seized 49 grams of meth, 27 grams of psychedelic mushrooms, suspected L-S-D, digital scales, and 13 firearms-two of which were A-R-15 rifles. Sixty year-old Joseph Axtell and 51 year-old Duke Charlesworth 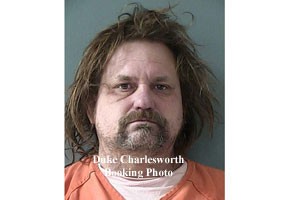 were both arrested and booked into the Wayne Brown Correctional Facility. Both have lengthy arrest records. Axtell was arrested in connection with an illegal marijuana grow in 2012, and Charlesworth was injured after allegedly leading authorities on a motorcycle chase in 2015.

Booking photos are from previous arrests.