The CHP Grass Valley office reports two DUI arrests over the Christmas Holiday weekend.   The first incident occurred at 2:30 Satuday morning when a 21 year old Penn Valley man was arrested after he drew the attention of an officer by failing to dim his high beam lights to oncoming traffic.  CHP Officer Barnthouse explains what happened next. 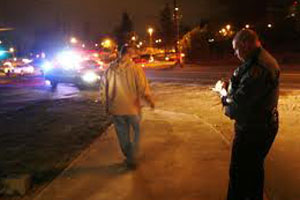 Following a failed field sobriety test the driver was arrested for misdemeanor DUI and two passengers in the vehcile had to find a ride home.

The second arrest occurred on Saturday around 8:30pm.   Officer Barnthouse says a 21 year old Nevada City man driving a Subaru was spotted by a sheriff’s deputy on Highway 49 driving at excessive speed.

The deputy contacted a CHP officer to conduct a field sobriety test and the driver was determined to be impared and was arrested for DUI.
No injuries were reported in the two DUI incidents.