A suspect remains in county jail accused of arranging   to meet a 14 year old girl for sex, but now that two victims have been identified, Bail for 51 year old Damian Richard Sandez has been raised to $50-thousand dollars. Sheriff Keith Royal says they became aware after one of the girls reported the incident to her school.

The Sheriff Says the victim identified Sandez as the parent of a former middle school classmate.

A meeting at a certain time and place was arranged in Grass Valley..

When he arrived after they communicated by Facebook Sandez was met by a female investigator who he had been exchanging messages with and not the student he expected. Sandez was taken into custody and booked into the Wayne Brown Correctional Facility without incident.
— 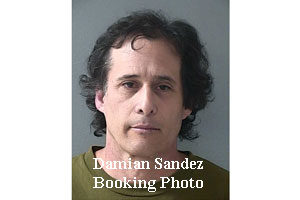