An unwanted guest overstayed his welcome and law enforcement was called to handle the issue. Nevada County Sheriff Captain Jeff Pettitt says deputies responded to a Carriage Road address and located the the suspect in question, 45 year old Shawn Ohearon. 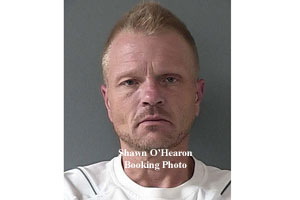 The subsequent search turned up hydrocodone medication for which O’Hearon did not have a prescription and he was taken into custody.
Once at the Wayne Brown Correctional Facility O’Hearon was discovered to have more drugs on him.

An additional charge of bringing drugs into a correctional facility was added to O’Hearon’s possession related charges.

Also arrested yesterday, 35 year old Randall Robertson, on warrants and behavior related charges. Captain Pettitt says Roberston and a female were having an argument near Lyman Gilmore Middle School Monday evening when the female attempted to call law enforcement and the call was terminated. The female also tried to leave the area but Robertson did not let her. Additionally, Robertson had two warrants for his arrest so was taken into custody on his warrants along with interfering with a 911 call and false imprisonment. 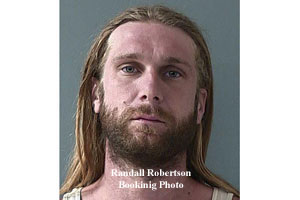