The US Forest Service is receiving C-130 planes from the US Coast Guard to augment their Firefighting fleet. Spokesperson for the Tahoe National Forest, Michael Woodbridge says the C-130 airplanes are already at McClellan near Sacramento, and soon will be in flight training.

That somewhere will be on the Tahoe National Forest and mostly in the American River and Yuba River Ranger Districts.

It’s a great way for the pilots to practice and get ready for the real thing when fire season heats up. Woodbridge says the C-130 flight training is going to be taking place in the next few weeks but kind of on and off. Woodbridge says the C-130 planes still have their Coast Guard Paint, but soon will have paint jobs that will brand them as US Forest Service aircraft. 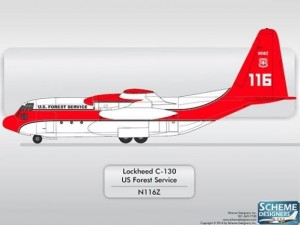