A vegetation fire in Yuba County on Highway 20 near Smartsville has now been contained.  The fire at McGanney Lane was first reported around 10:00 a.m. as a small vegetation fire , but  the first crews on scene found three separate blazes. 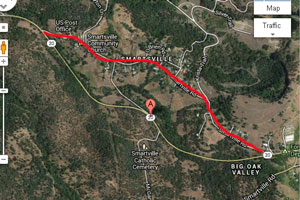 Crews got the fire under control at about 3:20pm at 73 acres. Initially, Cal Fire reported two structures threatened, but no structures were lost and no evacuations were needed. 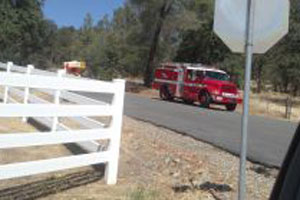 Penn Valley Fire, Smartsville Fire, Beale Air Force, Marysville Fire, Linda Fire are also assisted. As of 6:30pm, traffic on westbound Highway  20 was being detoured through Smartsville.  CHP  was estimating the roadway to re-open between 7-8 pm.