A vegetation fire reported at 1:28 pm yesterday afternoon could have been a lot worse. All available fire units responded to the given location which was on Railroad Avenue in Grass Valley. Engine 2 arrived first and reported a 50′ X 50′ foot fire underway with a moderate rate of spread. The fire was reported by neighbors after seeing flames and smoke coming from the field.

The fire was bordered on 3 sides by a creek at the bottom and roads at the head and left flank. Setting up a perimeter was first priority and the fire was contained to just under half an acre at 1:57 pm. The crews continued with mop up and line construction and the fire was controlled and extinguished shortly before 3:30 yesterday afternoon, with no structures or vehicles being damaged. The cause was determined to be an escaped cooking fire from a transient camp. 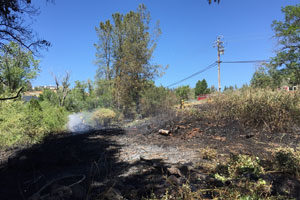 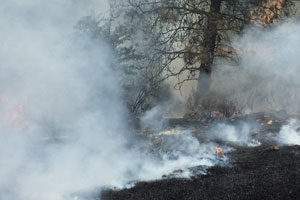 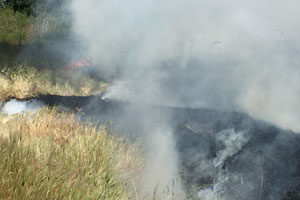 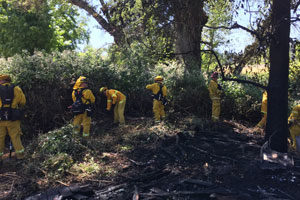