A familiar face to local law enforcement goes to jail on warrants and fresh charges. Grass Valley police Sgt. Jason Perry says an officer recognized the suspect, 18 year old Sean Taylor, on the streets early Tuesday morning. The officer first spotted Taylor near the Circle K on South Auburn Street and then made contact with him near the Holiday Inn Express. Taylor was wanted on five outstanding warrants in Nevada County.

Taylor was taken into custody for the warrants and during a subsequent search additional illegal items were located. 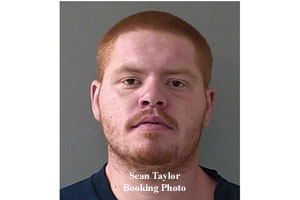 Another officer involved at the scene located a third illegal item, a billyclub type device, nearby.

Taylor was also charged with committing a felony while out on bail.
Sean Taylor was booked into the Wayne Brown Correctional Facility on the five outstanding warrants and the four fresh charges.