Weapons and Warrants Lead to Separate Arrests by NCPD

A traffic stop of a known felon, that began in Nevada City, led to an arrest at a gas and convenience store in the Brunswick Basin. Sgt. Paul Rohde says a Nevada City Police officer recognized a suspect, Jacob Shimnoski, as the driver of a pick-up truck that was entering southbound highway 49 heading towards Grass Valley. The officer was notified that Shimnoski had a probation pick-up that had been requested by his probation officer. The police officer positioned his vehicle behind Shimnoski’s and initiated a traffic stop as he approached the Brunswick Road exit.
Click here to listen to Sgt. Paul Rhode 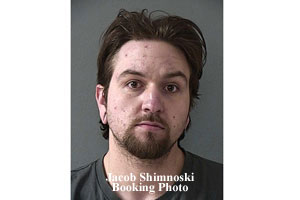 Shimnoski was also in possession of a glass methamphetamine smoking pipe and was driving on a suspended license. He was taken into custody for the weapons and paraphernalia as well a violating terms of his probation. 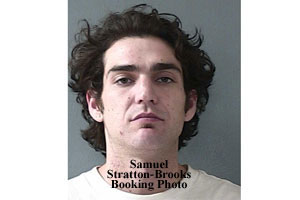 In a separate warrant check in Nevada City, suspect Samuel Stratton-Brooks, was located at his Spring Street residence and taken into custody for possession of paraphernalia and violation of his probation.