A centerpiece of Western Nevada County sports and recreation is Western Gateway Park in Penn Valley. The 87 acre park is home to softball and baseball fields, an amphitheater, basketball courts, Frisbee golf, play areas, and a number of hiking and other recreational activities. The Park’s Board of Directors recently conducted a survey to see how community members feel about the park, and how might funds be raised to cover costs. Board member Barry Pruett says that revenue is decreasing while costs are increasing. He says the residents in the area pay a static fee of approximately 13 dollars per parcel within the park district boundaries.
Click here to listen to Barry Pruett 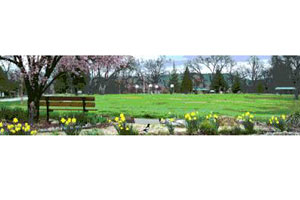 Pruett says that because of generous donations that have allowed expansion of facilities, such as the addition of the bocce ball courts, the cost for maintenance has increased but revenues have stayed flat.
Click here to listen to Barry Pruett

The survey the Board of Directors issued to the 8000 or so owners in the district were positive. Of the 17% that responded over half were in favor of increasing the parcel fee. Pruett says that is not enough to try and pursue a ballot initiative. He does feel that with additional outreach and education, the number of positive respondents to a fee increase will reach a number that could pass such an initiative. Pruett says that may take several years, but the Board is committed to making Western Gateway Park the center of recreation in the are