The recent high winds actually help law enforcement officers arrest one man for possession of dangerous drugs. Nevada County Sheriff Keith Royal says a deputy saw a car run a stop sign on Dorsey Drive Thursday afternoon. When Deputies interviewed 25 year old Steven Sharp of Grass Valley, he admitted his drivers license had been revoked. The Sheriff says deputies took several item out of the car and put them on the roof, when the wind hit.
Click here to listen to Sheriff Keith Royal 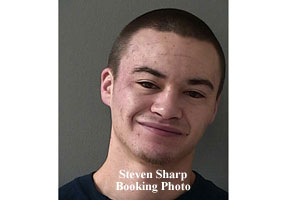 Sharp was taken into custody for suspicion of possession of meth amphetamine and driving on a revoked license.

In a separate incident, a man found with a dangerous knife concealed in his pants was arrested by Sheriff’s Deputies. Sheriff Keith Royal says a routine traffic stop early Friday morning lead to the arrest of 43 year old 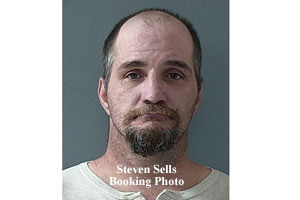 Steve Sells of Grass Valley. When the Deputy asked Sells about about anything illegal in the car, the man said he had a marijuana recommendation and then pulled out a knife.
Click here to listen to Sheriff Royal

The dagger is designed to be sharpened on both sides and is made for stabbing. Sell was taken into custody for suspicion of possession of the knife and possession of narcotics .