3p.m. The Wolf Fire is now fully contained according to Calfire Captain John Hotchkiss. It is about 4 acres in size.  Crews will be remaining on scene for mop up operations. 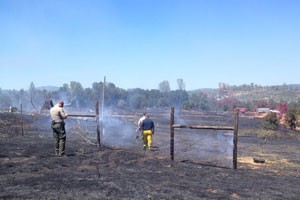 Ground Crews have been making great progress in getting a line around the Wolf Fire.   Wolf Air Attack is canceling Tanker 85 and 86, and they are returning to Nevada County Airport.  Crews responded to a vegetation fire in South County. CalFire Captain John Hotchkiss… 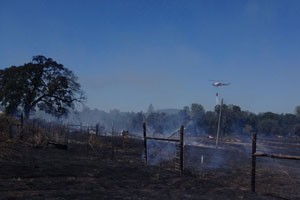 Only the two structures reported were damaged and there were no injuries reported. 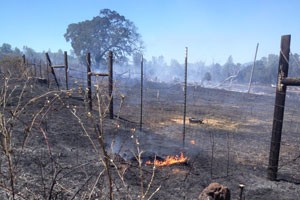 The cause of the fire is under investigation.

The Sheriff’s Office assisted with precautionary evacuations at the south side of Wolf Road near Still Road. Hotchkiss says there are 13 engines, 4 water tenders, and 6 dozers requested.