You can’t beat a good play

Based on the hit 1968 film of the same name, “THE PRODUCERS” chronicles the hilarious adventures of washed-up Broadway producer Max Bialystock and his mild-mannered accountant Leo Bloom, as they scheme to get rich quick by producing the most notorious flop in the history of show business. Unfortunately, after all their hard work, their scheme does not go quite as planned.

Here is a sampling of the many raves already received from audience members: 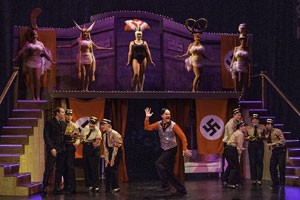 Performances of “THE PRODUCERS” continue at the Nevada Theatre through August 8.